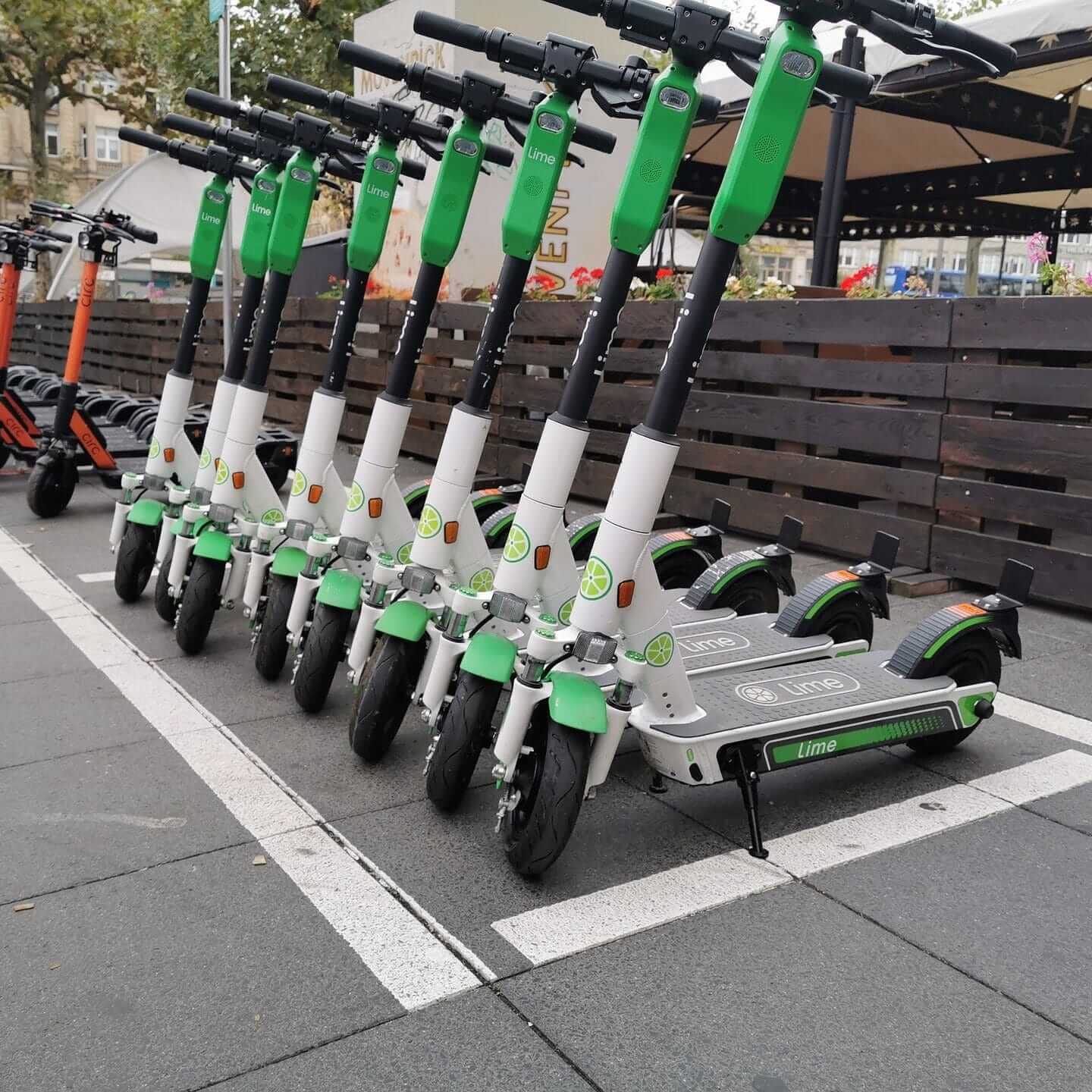 Italy's parliament wants to ban e-trek scooters for minors. In addition, an introduction of compulsory helmets and a maximum speed of 30 km/h is also planned.

In France, there will be a bonus of up to €2,500 if a vehicle is deregistered and an e-bike is purchased in its place. Similar projects also exist in Finland and Lithuania:
https://efahrer.chip.de/news/altes-auto-verschrotten-e-bike-bekommen-laender-fuehren-abwrackpraemie-ein_105490

Council and Parliament decide against compulsory insurance and registration of e-bikes:
https://radmarkt.de/nachrichten/eu-keine-pflichtversicherung-fuer-e-bikes-niedriger-leistung 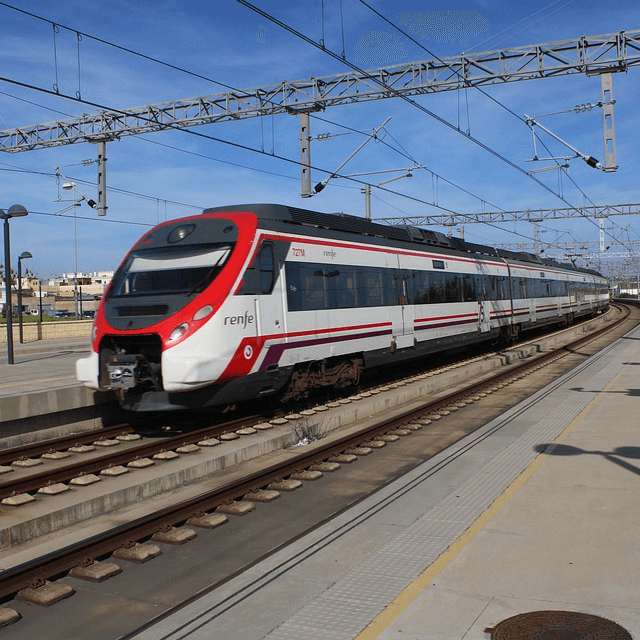 European countries want to build a better train network. During the German council presidency 2020 the Trans-Europ-Express 2.0. was decided. This project includes a better train connection between the metropolises and investments in the rail infrastructure. Yet the plans are becoming more concrete.
First, four nightjet-lines should combine thirteen million metropolises. From December 2021 the two lines Vienna-Munich-Paris and Zurich-Cologne-Amsterdam come on stream. Then, in 2022, the nightline Zurich-Milan-Rome line will start. In 2023 the Berlin-Paris and Berlin-Brussels lines will be added and in 2024 Zurich-Barcelona line will be brought in line. For the long term, there are a lot further nightlines in planning.
In addition, a European express train network is at the political agenda. For example, Amsterdam-Rome, Paris-warsaw and Berlin and Barcelona should be combined by high-speed trains. The goal is to use existing train tracks and repose them for new European train routes. Each of these connections will take less than thirteen hours.
Also, in the middle of the 2030s an express train will combine Berlin-Prague-Vienna. A new train line is being built for this purpose, which included a tunnel in the ore mountains. The route Berlin-Vienna will last only five hours. The new route also includes a nightline connection.
There are also further plans for a better inner European train connection. Finland and Estonia have signed an agreement, which commit them to a better cooperation in the traffic area. This included a train tunnel between Helsinki and Tallinn. The cities are only 80 km apart and through the better infrastructure they should become a twin-city. That means, a generally better connection and especially a support freight transport between these cities. In addition, Helsinki will become final station of Rail Baltica.
A better train network might help, to protect the environment. People could take the train instead of the airplane.

Flying car has successfully completed its test flight in Slovakia:

Sound mandatory for all new electric cars from 1 July 2021.

The sounds of silence: How do electric vehicles sound?

The absence of noise in electric cars is a problem for the safety of pedestrians. Therefore, the European Union requires since July 2019 that all new electric and hybrid cars must make noise even if they go at low speeds, what is known as acoustic warning system (AVAS, for its acronym in English). The artificial sound system will be imposed also for old electric cars in 2021. Therefore, many manufacturers have even partnered with renowned composers to create this distinctive sound of a combustion engine. Volkswagen, for instance, has counted on the composer Leslie Mandoki for the creation of this sound. According to Volkswagen, the sound of an electric vehicle defines its identity. The sound must be safe and pleasant. It can sound futuristic and must also impress with its unique character. It will be a differentiating factor between vehicles. This is the sound that Volkswagen electric cars like the ID.3 will make. You can listen to it here: https://lnkd.in/dS7swsu

Paris will test its first flying taxis in June 2021

At the Pontoise-Cormeilles-en-Vexin airfield a series of experiments with the VoloCity air taxi will be conducted to operate air taxis and drones in the French capital. Paris will offer two air connections in time for the Olympic Games in 2024. A fully functional air transport network will be established by 2030.
The VoloCity air taxi is an electric vertical take-off and landing vehicle, which was manufactured in Germany. Some of them run on hydrogen. It has a range of 35 kilometres and a top speed of 110 kilometres per hour. By using an air taxi a basically 40-minute journey by regular taxi or public transport will be shortened to 15 minutes. So far, it can carry one passenger in addition to the pilot. A trip by an air taxi will cost around 300 euros. To be more profitable, the number of seats will be increased from the current two to six. Once regulations and air traffic control systems have adapted to larger autonomous vehicles, the pilot's seat will also be released. Against this background, the air taxi not only saves time, it is also more environmentally friendly than normal taxis.
Out of 150 applications, 31 companies from all over the world which are specialized in vehicle development, transport infrastructure and air operations will become part of the new ecosystem. Some of the participants are Volocopter (German), Airbus, Ehang (Chinese) and Pipistrel (Slovenian).
Ultimately, air taxis contribute to a new form of mobility in Europe. Due to this new innovation the air mobility sector might boom in the next few years. Only the price could be an obstacle. If it remains this high, passengers probably stick to regular taxis or other given transport options.
Read more: https://www.thelocal.fr/20210119/paris-to-test-its-first-flying-airport-taxis-this-summer/; https://www.thelocal.fr/20210119/paris-to-test-its-first-flying-airport-taxis-this-summer/

Flying Taxis in Munich and Nürnberg

By 2025, electronic air taxis should start at German airports. The airports of Munich and Nuremberg, but also other airports could serve as junction. The plan is to build a better connection between the locations. The price level should be comparable to conventional means of transport.
The planner is the German start-up lilium. The jets should have space for seven passengers. They should start vertical and then fly horizontally up to 250 kilometres. The maximum speed level should be 280 kilometres per hour. The serial production of the jets should start in 2025. In the long term, the jets should be able to fly autonomously without a pilot.
Lilium is not the only company which has its focus on air-taxis. Also, the German manufacturer Volocopter or the University RWTH Aachen have already completed flight tests successfully. In addition, hydrogen air taxis are also planned, for example the Skai, developed by Alaka’i Technologies and BMW.
The new vehicles play an important plan in urban city planning. We have already reported about the plans of Paris to use air taxis at the Olympic games in 2024 and beyond that, set up an air transport network by 2030: https://www.xing.com/communities/posts/paris-will-test-its-first-flying-taxis-in-june-1021478482
These developments could establish a new way of mobility in Europe. Further the ambitions of autonomous flying require a secure European digital infrastructure.

This week on Monday, a prototype of a flying car completed a test flight in Slovakia. The duration of the journey took 35 minutes from Nitra to Bratislava. The airline between these cities is around 75-kilometres.
The vehicle was designed by a Slovakian developer. It has place for two people and within two minutes and 15 seconds it can transform into an aircraft. The car uses the motor from a German car manufacturer which works with petrol. In contrast to air taxis, it needs a runaway for start and landing.
According to the manufacturer, the Aircar can reach 1.000 kilometres and can fly 2.500 metres height. In total it can spend forty hours in air. In addition, it can carry 200-kilogram weight. The development of this prototype of the flying car took two years and less then two million Euro investment where necessary. The market is huge, but there are still some questions about the technical details and the secure of the car open. The BBC already has reported about the test flight: https://www.bbc.com/news/technology-57651843
The idea of flying cars is not new. Since the 1930s, there where some prototypes of it. Today, flying cars can help to solve issues with infrastructure but a serial production of flying cars does not exist for now.

Obligation in France to inform about the blind spot

From January 1st this year, vehicles with a total weight from 3.5 tons have to be fitted a sign which informs about the blind spot. A violation will result in a fourth class fine of minimum 135€, in the worst case even 750€.
Just as domestic cars, drivers of vehicles registered abroad who only use French roads for their transit must comply with the labelling requirement. Only agricultural and forestry vehicles as well as winter service vehicles and service vehicles on motorways and expressways are exempt from the obligation. That means despite efforts by the French motorhome associations, larger motorhomes must also confirm with this regulation.
It is expected that the sticker is fixed in a high between 0.9 and 1.5 meters. In addition, they must be placed in such a way that the visibility of the truck license plate, the lighting and the signalling devices and the driver’s field of vision are not impaired. There is the possibility to buy a legally complaint sign at the French Association of International Road Transport (AFTRI).
The regulation does not provide for an exception for vehicles which have already a mark. Only in a transition period of 12 months there will be no punishment for the drivers of vehicles with a comparable labelling.
This new requirement is intended to improve the mobility for other traffic members. Especially the danger from veering truck for pedestrians and cyclists should be lowered. Through the sign other traffic members should be more sensitized for this danger, so that they will stay in the save zone.
In Germany is also a new regulation to promote a higher traffic security. The bonus for scrapped trucks is tied to the installation of a turning assistant. The turning assistant recognize a danger and informs the driver or automatically brakes the truck. Currently there is no mandatory introduction of the turning assistant.
Regulation Art. R313-32-1 Code de la Route, https://www.legifrance.gouv.fr/codes/article_lc/LEGIARTI000042534807/2021-01-01

According to the plans of some private startups, the hyperloop transportation could connect some European regions in the future. This idea is pushed by some European countries and by the EU-project Hypernex, which accompanies the further development and strengthens the European cooperation of the various projects. For more information, visit the homepage of Hypernex at http://hypernex.industriales.upm.es/
Hyperloops are capsules which move in a vacuum tube. Cause the hyperloop is in an almost air gauge tube, the transport of people and goods should be possible with very little resistance. Furthermore, the vehicle should float in the air, which means that no limits are set due to the wheels. This technique should make it possible, to travel with a speed of up to 1.000 kph.
The technique is already being tested in Europe. There is a full-scale system with a tube in Toulouse, where tests are carried out. Also, the European Hyperloop Center (EHC) has opened in 2019 in Groningen. However, there is currently no use of hyperloops for people or goods traffic.
Nevertheless, the goals are ambitioned. According to a plan of a startup, Hyperloops should be used as early as 2025 to transport goods. Over time, passenger connections will also be established. Some pioneers see the possibility of connecting the big Germany cities by a circular route through Germany. Comparable plans existing also in the Netherlands. Moreover, some big European metropolis should be connected by Hyperloop, for example Bratislava and Vienna or Tallinn and Helsinki.
The hope with the introduction of Hyperloops is, that it will enable fast, environmentally friendly transport of peoples and goods. But there is also some skepticism regarding the technical feasibility and the security of Hyperloops.