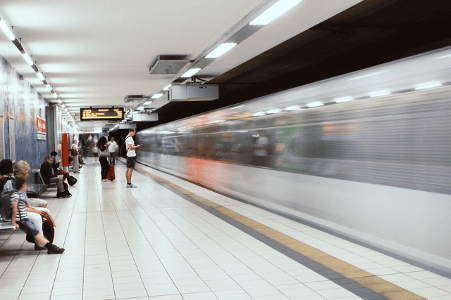 The first fully automatic, digital controlled train started in Hamburg. Four trains will travel between the stations Berliner Tor and Bergedorf/Aumühle. The route and the trains were extra rebuilt for this infrastructure project. This measure is part of the “Digitale Schiene Deutschland” project. You can find more information about this at https://digitale-schiene-deutschland.de/Digitale-S-Bahn-Hamburg.
Starting with this pilot, further train routes are to be digitized in the next decade. In particular, the train network in Hamburg is to be improved and expanded as part of the “Digital S-Bahn Hamburg” project. A driver will continue to control the digital functions, nevertheless the new technology will help to make the local public transport better. You can find more information about Digital S-Bahn Hamburg at https://s-bahn.hamburg/magazin/digital-s-bahn-hamburg?lang=en.
Autonomous trains are not new. In several European cities autonomous trains be in use. For example, the underground system in Nuremberg is partially complete autonomous and no driver must control the technique. You can see an interactive map of all autonomous European train systems at https://www.allianz-pro-schiene.de/presse/pressemitteilungen/uebersicht-selbstfahrende-metros-europa/
The system in Hamburg is nevertheless innovative because it does not need a close system. The technique can be used in the entire rail system at for the various train types. That’s why the system should be used throughout Germany.
Measures and innovation to improve train traffic in Europe were already discussed in our previous posts.