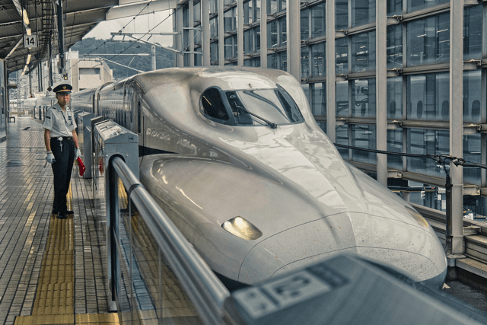 According to the plans of some private startups, the hyperloop transportation could connect some European regions in the future. This idea is pushed by some European countries and by the EU-project Hypernex, which accompanies the further development and strengthens the European cooperation of the various projects. For more information, visit the homepage of Hypernex at http://hypernex.industriales.upm.es/

Hyperloops are capsules which move in a vacuum tube. Cause the hyperloop is in an almost air gauge tube, the transport of people and goods should be possible with very little resistance. Furthermore, the vehicle should float in the air, which means that no limits are set due to the wheels. This technique should make it possible, to travel with a speed of up to 1.000 kph.

The technique is already being tested in Europe. There is a full-scale system with a tube in Toulouse, where tests are carried out. Also, the European Hyperloop Center (EHC) has opened in 2019 in Groningen. However, there is currently no use of hyperloops for people or goods traffic.

Nevertheless, the goals are ambitioned. According to a plan of a startup, Hyperloops should be used as early as 2025 to transport goods. Over time, passenger connections will also be established. Some pioneers see the possibility of connecting the big Germany cities by a circular route through Germany. Comparable plans existing also in the Netherlands. Moreover, some big European metropolis should be connected by Hyperloop, for example Bratislava and Vienna or Tallinn and Helsinki.

The hope with the introduction of Hyperloops is, that it will enable fast, environmentally friendly transport of peoples and goods. But there is also some skepticism regarding the technical feasibility and the security of Hyperloops.